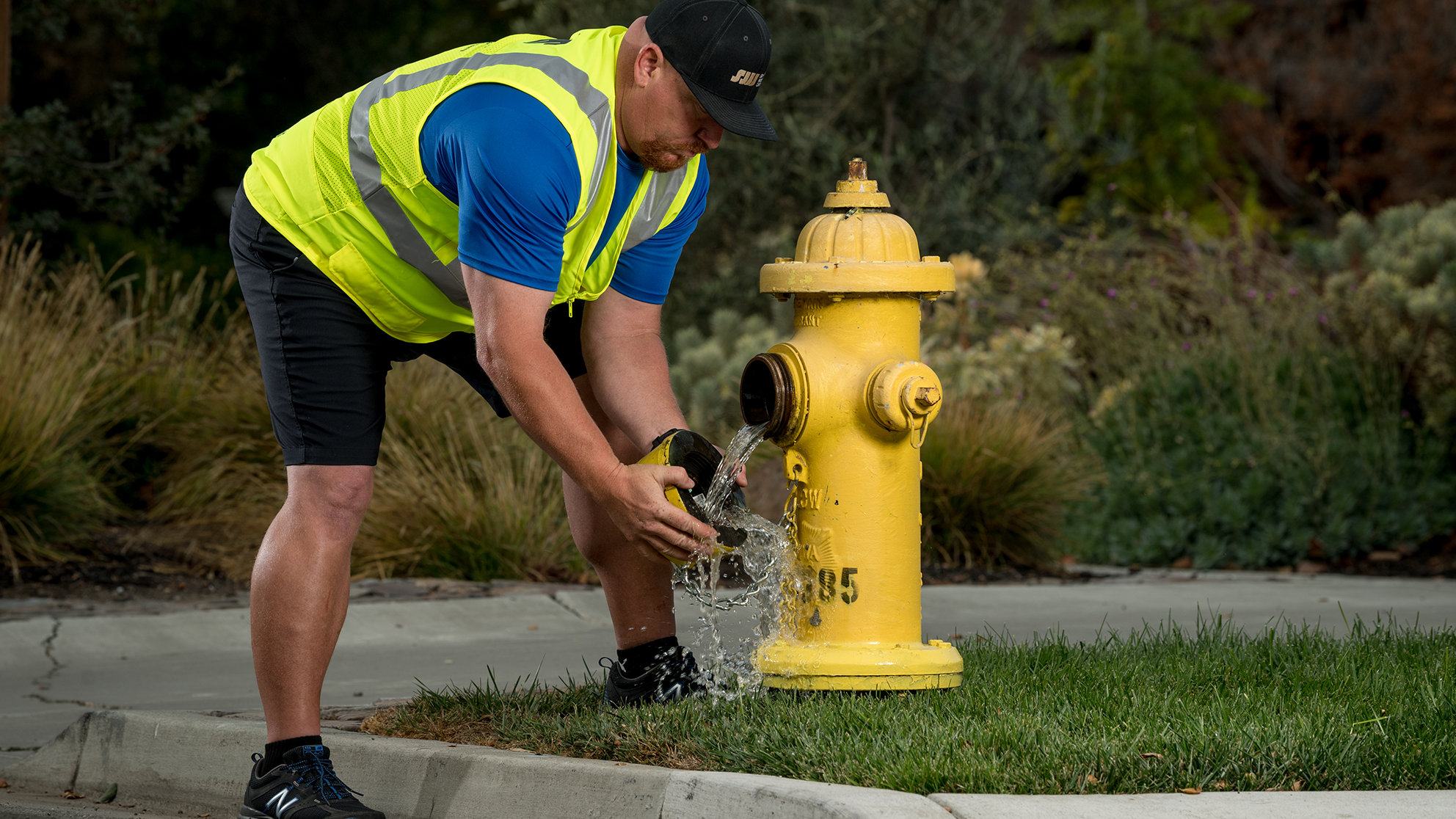 San Jose Water (SJW) is dedicated to delivering safe, high-quality water to over one million customers across 140 square miles every day. It is our job to protect our water resources and promote long-term sustainability in our community. The U.S. Environmental Protection Agency estimates that the average annual water loss rate for utility systems is 16%. Meanwhile, SJW has an average annual water loss rate of only 7%. Our innovative water loss prevention technology helps make this possible.

See real life examples of the effects of using this technology below.

Identifying leaks before they become catastrophic

When a leak first starts on a water main, water will flow through this opening and over time, the flow can increase the size of the leak. At a certain point, the water pressure through this hole in the pipe can overcome the strength of the pipe material and result in a catastrophic pipe burst. When pipelines fail and burst, they can cause significant damage, sometimes result in injury, and result in major disruption to the public. The benefit of detecting and repairing leaks early is that they have lower likelihood of resulting in a substantial pipe break. 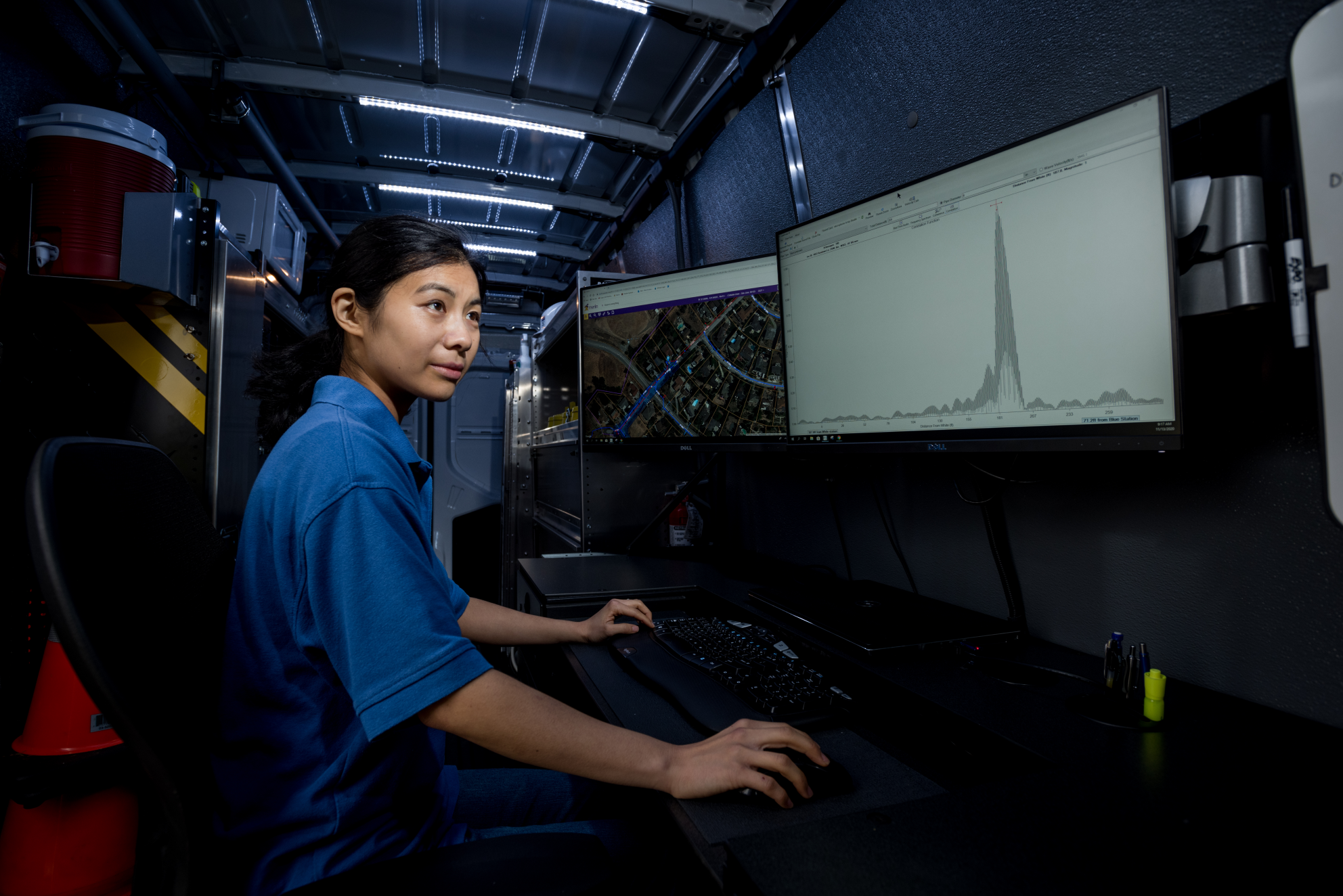 REAL LIFE SUCCESS STORY: An 18-inch steel water main located in bridge overpassing Highway 280 at Bird Ave began leaking and draining onto the freeway. Should this have become a catastrophic break, there could have been major flooding on the freeway, hazardous driving conditions, and substantial disruption to commuters. Initial inspections proved unsuccessful in pinpointing the exact leak location, but with the use of advanced leak detection technology, the leak on the 18-inch main was pinpointed within inches of the leak. It was then possible to schedule repair work outside of peak commute hours and have a crew trained for confined space entry fix the leak while a rescue team waited onsite to make sure everything went according to plan. The leak was successfully repaired before the pipe could burst and the repair resulted in very minimal disruption to customers and commuters.

The leak detection program allows SJW to catch leaks on customer owned services and associated plumbing. Many leaks have been located on customer property by leak detection technicians prior to customers realizing that they were experiencing water loss. 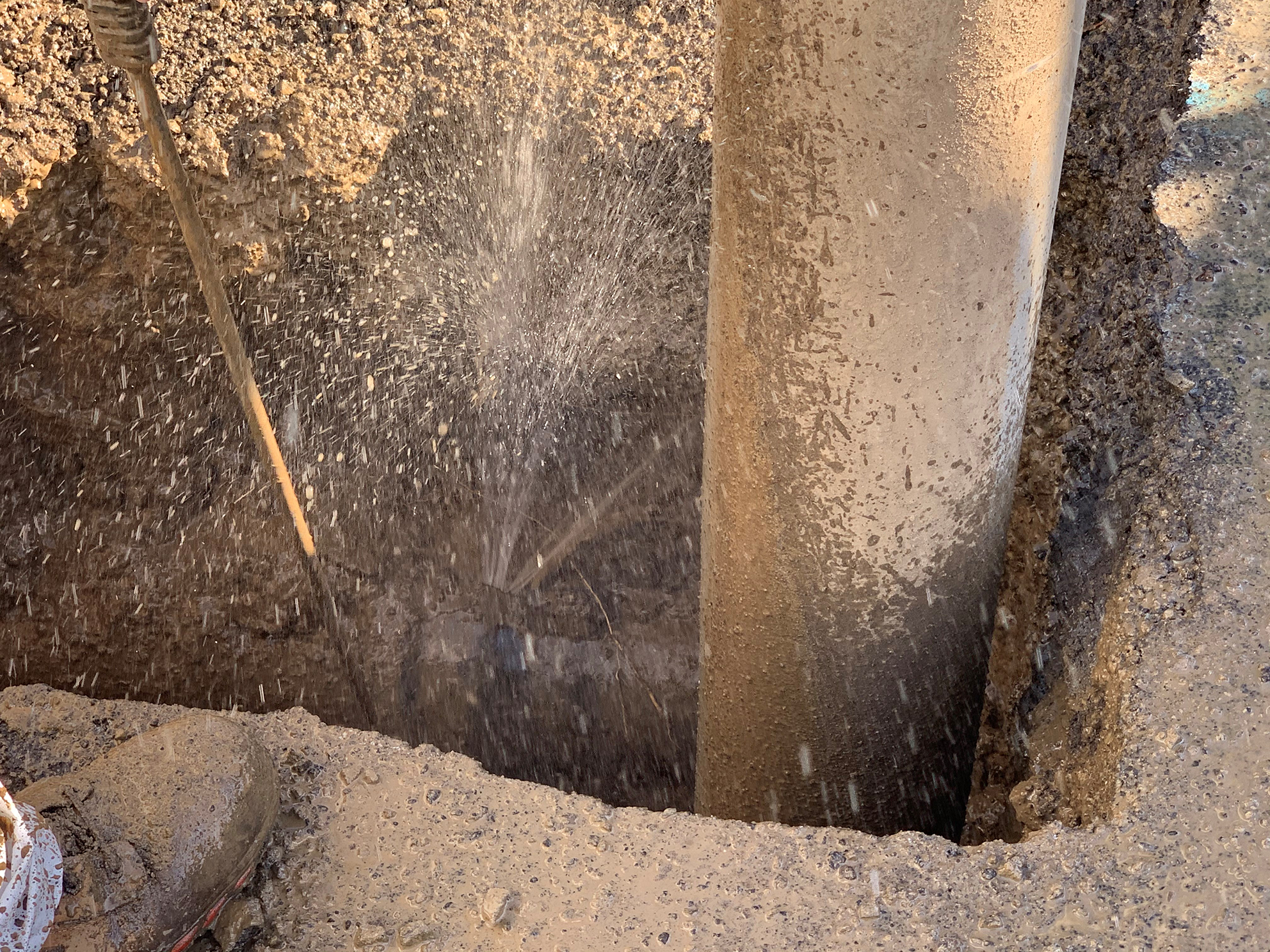 REAL LIFE SUCCESS STORY: In September of 2020 in the city of Saratoga, a leak started on a residential water line at a rate of 170 gallons per hour. This leak was on a customer’s adjacent property with several landscaped ponds on it. It had not been evident to the customer that they had a large leak, but the leak detection system had alerted SJW and helped leak detection staff to locate it. By identifying it early, the customer was able to avoid spending over 500 additional dollars per month on water that they had not intended to use.

Water leaks can cause significant damage to customer property via bursting, debris, and flooding. Advanced leak detection can minimize property damage by enabling the identification of leaks when they are still small and inconsequential. 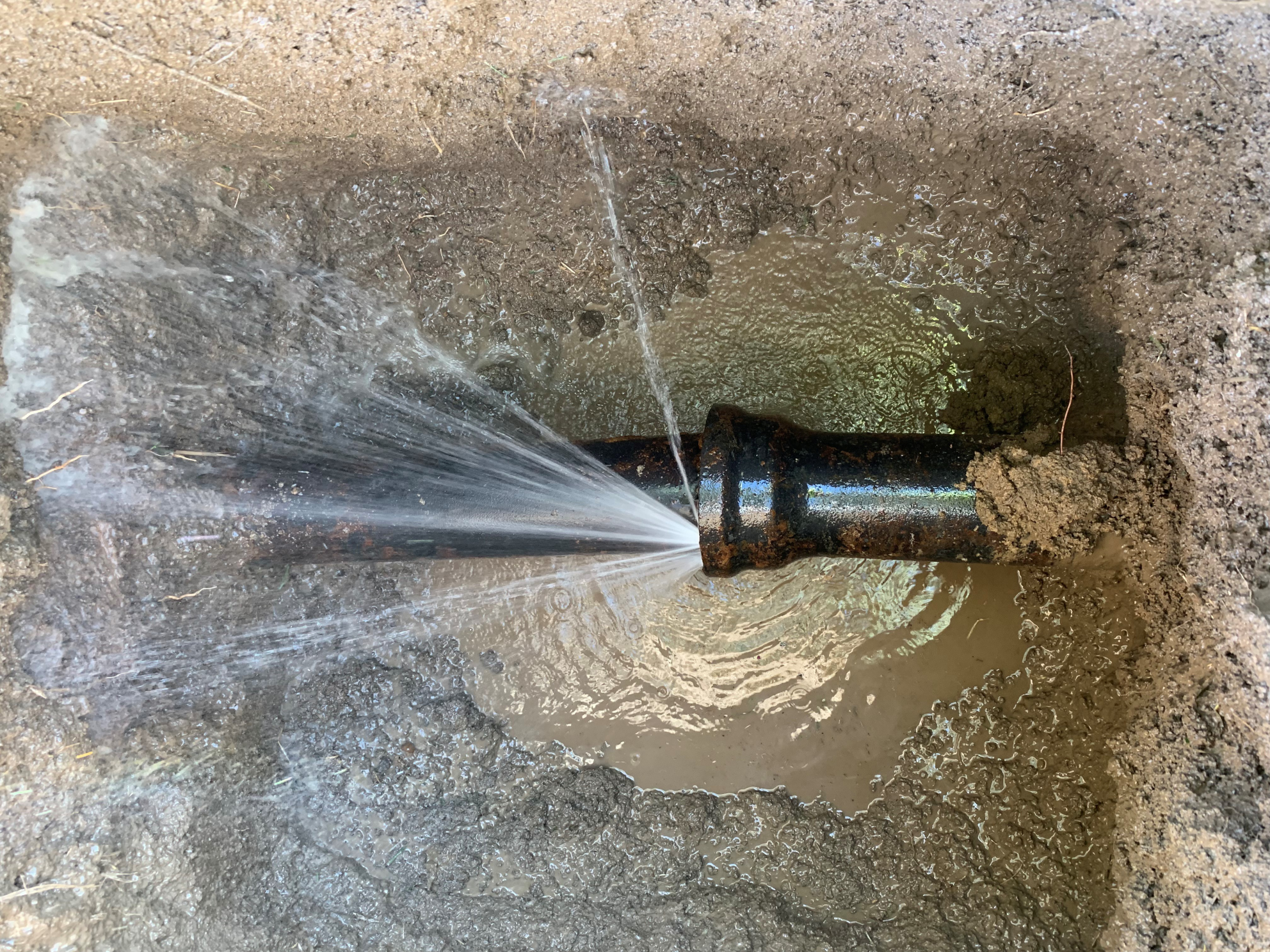 REAL LIFE SUCCESS STORY: A decently sized leak had started on a pipe running under a customer’s house in September of 2020 in San Jose, CA. It was an approximately 160 gallon per hour leak, and because of its location, there were no visible indications or signs of leakage. Thankfully, advanced leak detection technicians were able to detect sound on several meters and correlate the leak location to this home. This leak could have easily become catastrophic which would have resulted in significant property damage. Detecting it early protected the residents and their home.

Reducing disruption to the community resulting from unscheduled repair work

If leaks are not detected early and a significant break occurs, repair work cannot be scheduled in advance to avoid peak commute times on busy roads, freeways, and light rail routes resulting in disruption to customers. Another benefit to catching small leaks early, is that repair work is less extensive and can be completed more quickly, lessening customer impact. 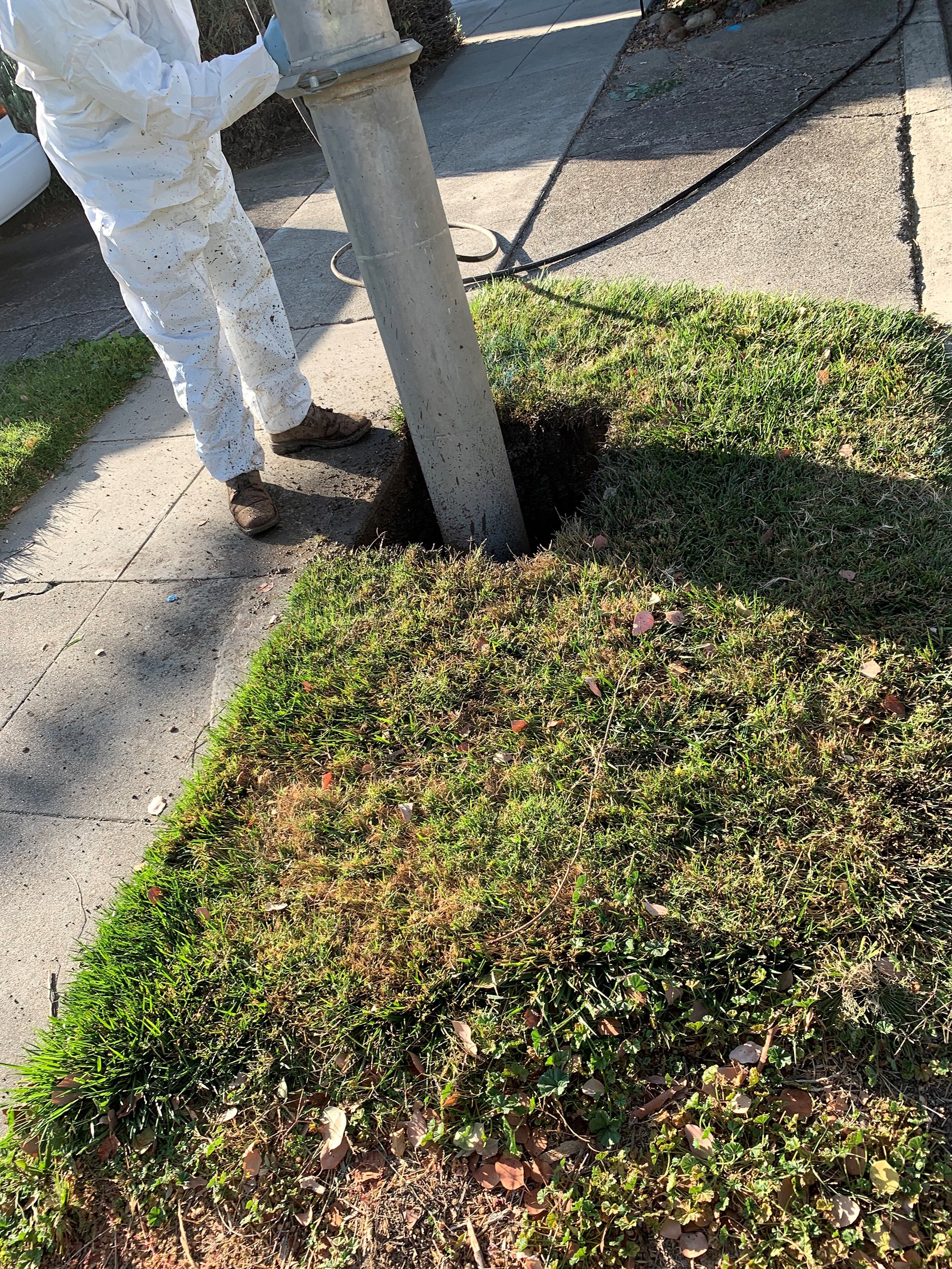 REAL LIFE SUCCESS STORY: In August of 2019, two simultaneous large service leaks had started near the light rail system on 1st street in Downtown San Jose. These leaks, estimated to be leaking at a rate of 300 gallons per hour, were identified using advanced leak detection technology and addressed strategically to minimize impact to the community. If these were not caught early but instead resulted in an emergency repair, there would not have been the opportunity to plan and strategize. In addition, the leaks could have resulted in damage to the light rail system and unscheduled transportation delays.

California will always be susceptible to drought, and with climate predictions anticipating longer periods of drought that can stress our water supplies, conservation has become a necessary part of living in California. Senate Bill 606 and Assembly Bill 1668, both signed into law by Governor Brown, define urban efficiency standards for both indoor and outdoor use and address the need to minimize water loss through leaks. Leak Detection is an important tool to reduce water loss and sustainably conserve resources. 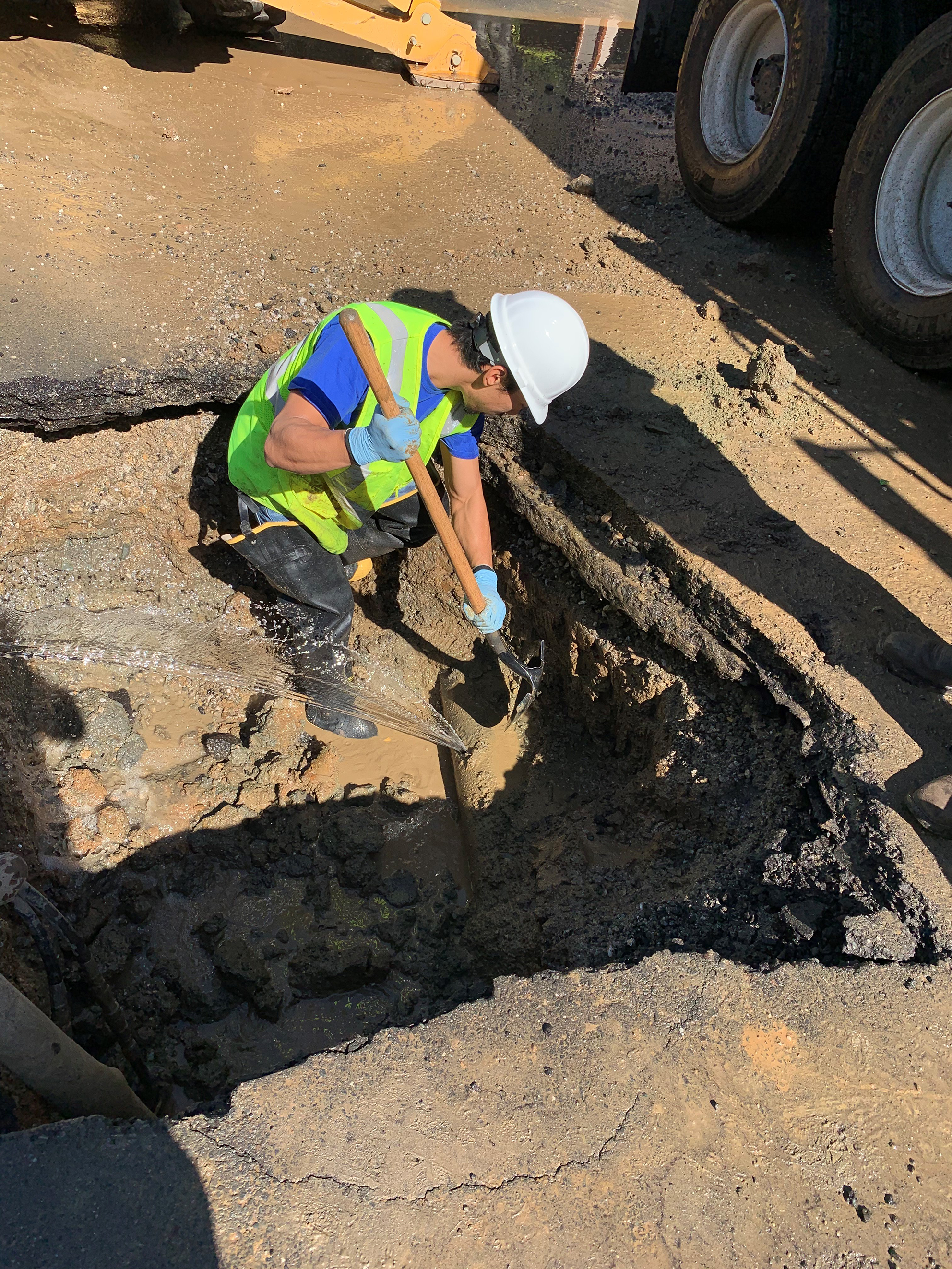 REAL LIFE FINDINGS: Analysis of recent months have shown SJW to be finding over 25 leaks a month. This rate amounts to an estimated 480 million gallons of water saved per year, which is enough water to fill approximately 730 Olympic sized swimming pools! SJW expects to save even more water with full-scale deployment of acoustic leak detection sensors.

Protecting the environment and wildlife from chlorinated water discharges

Trace amounts of chlorine residual are a component of drinking water that is required for adequate disinfection. When there is a drinking water leak near a creek, there is a chance that chlorinated water can enter the environment and have adverse impacts on fish and sensitive species of wildlife. It is therefore very important to leverage leak detection technologies near creeks to catch leaks quickly.

REAL LIFE SUCCESS STORY: In January of 2018, a notable leak was discovered through SJW’s continual leak monitoring system on a 12-inch water main. This leak was adjacent to Babb Creek near the intersection of Capitol Expressway and Bambi Lane in the city of San Jose. Early detection allowed technicians to identify and repair this 700-gallon-per-hour leak, protecting the environment and preventing detrimental impact to wildlife.

Protecting the quality of drinking water

SJW invests millions of dollars to replace 24 miles of old water pipelines each year, but this does not prevent all pipelines from leaking. When a pipeline experiences a small leak, the water pressure inside the pipe prevents contaminants from entering the water supply. If a leak is detected in its early stages, before a full break, the quality of drinking water is protected. However, in cases of catastrophic water main failure, adequate pressure cannot be maintained in the water main, increasing the risk of contamination. 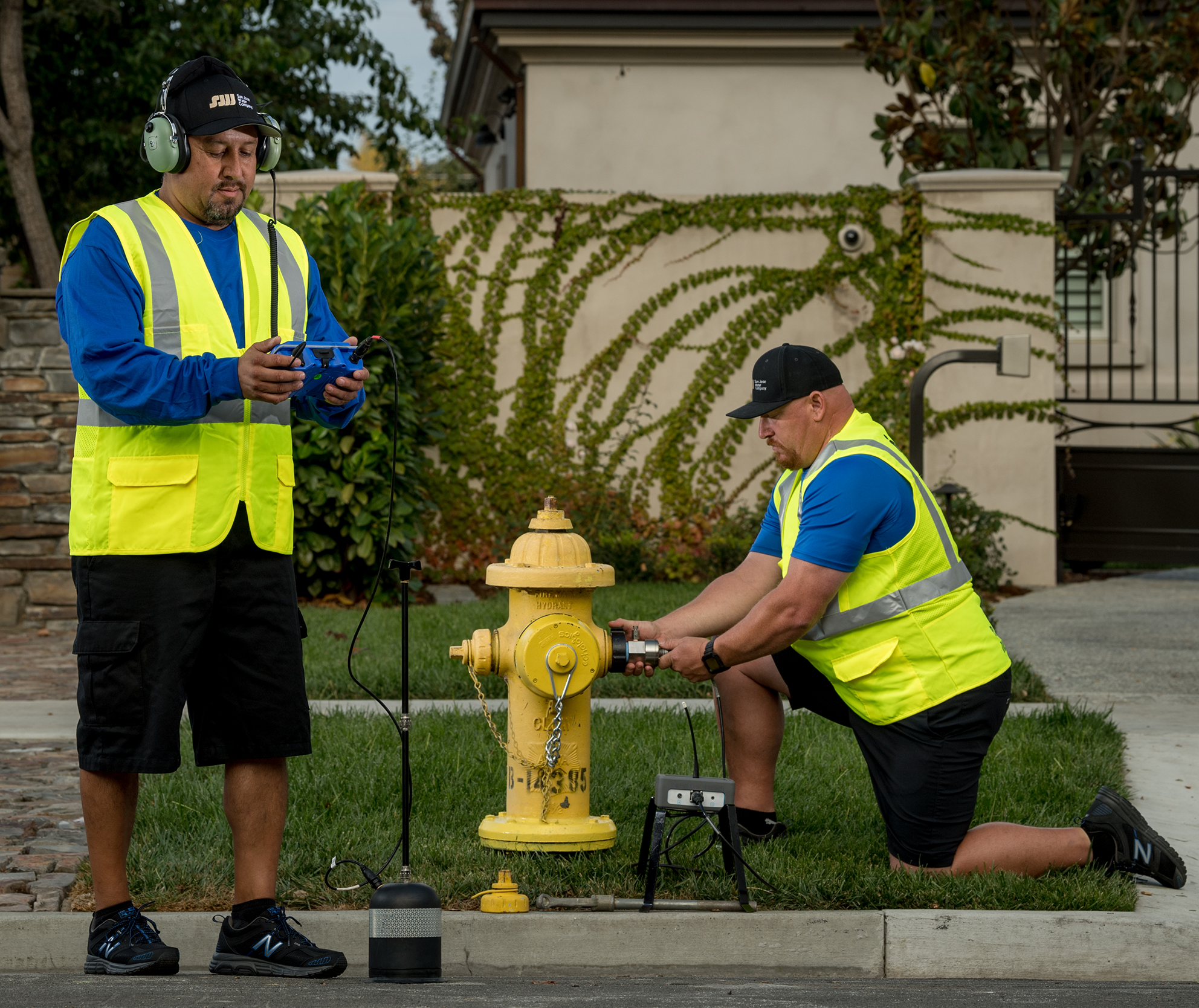 Check out this video to learn more about our Acoustic Leak Detection program and how this technology has created major water savings in our service area:

Note: This video was created in 2018 and contains some information that is no longer accurate about this program. SJW has saved many more millions of gallons of water to date than are represented in this video.