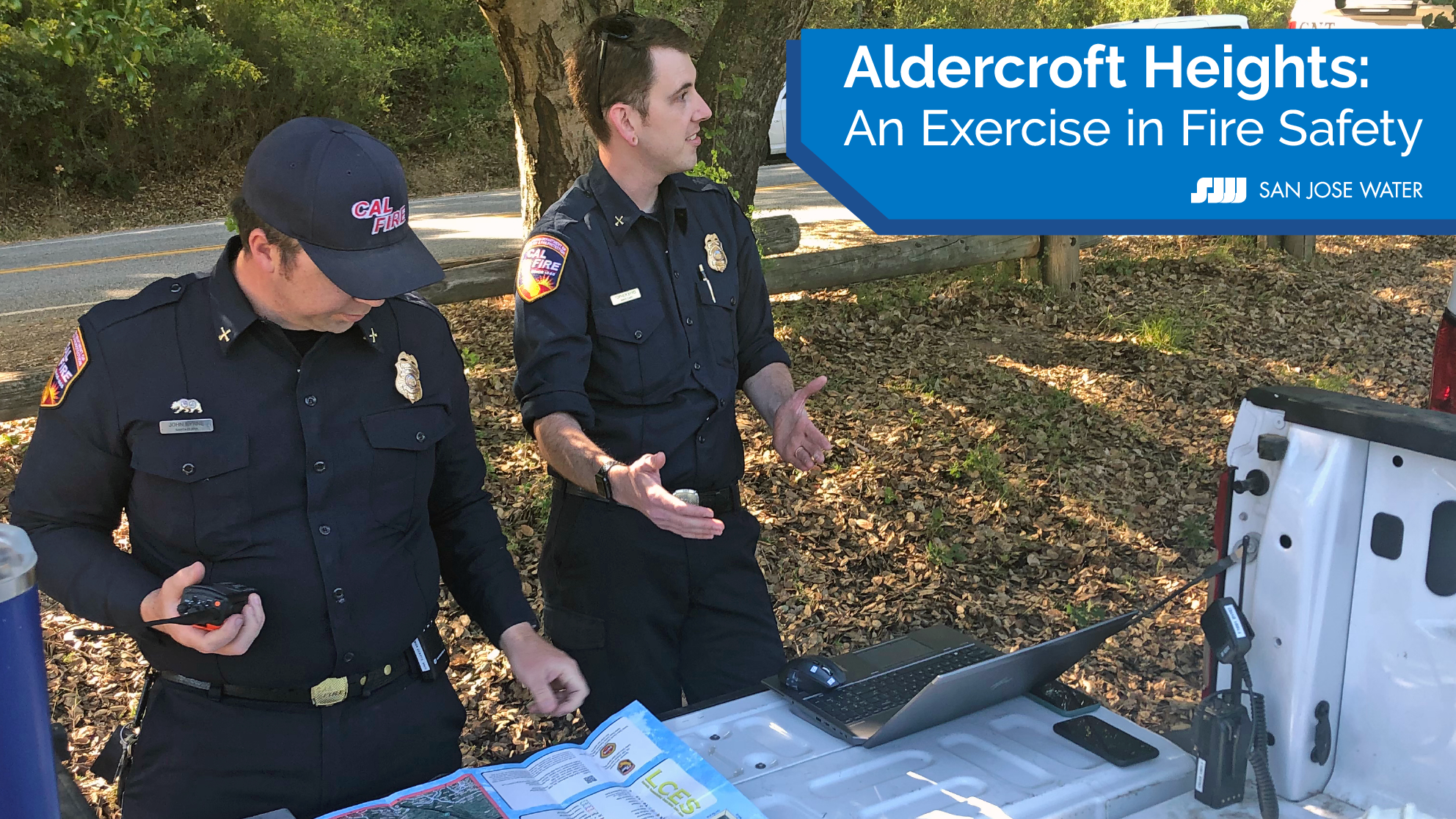 Hidden away from the cars whizzing by on Highway 17 is the community of Aldercroft Heights. In the summer of 2020, this community had a front row seat to the wildfires that swept through the Santa Cruz Mountains. With limited access roads to this mountain community, evacuating the area at a moment’s notice posed significant safety concerns.

Call of the Wild

Helping residents to flee quickly was the impetus behind a multi-year effort by several agencies to find additional exit routes. San Jose Water owns 6,000 acres of watershed in the area, and the property is fenced. Our watershed actually borders the end of Aldercroft Heights Road, which includes a maintenance road to access our reservoirs. Aptly named, “Call of the Wild,” this is primarily an unpaved, dirt road. 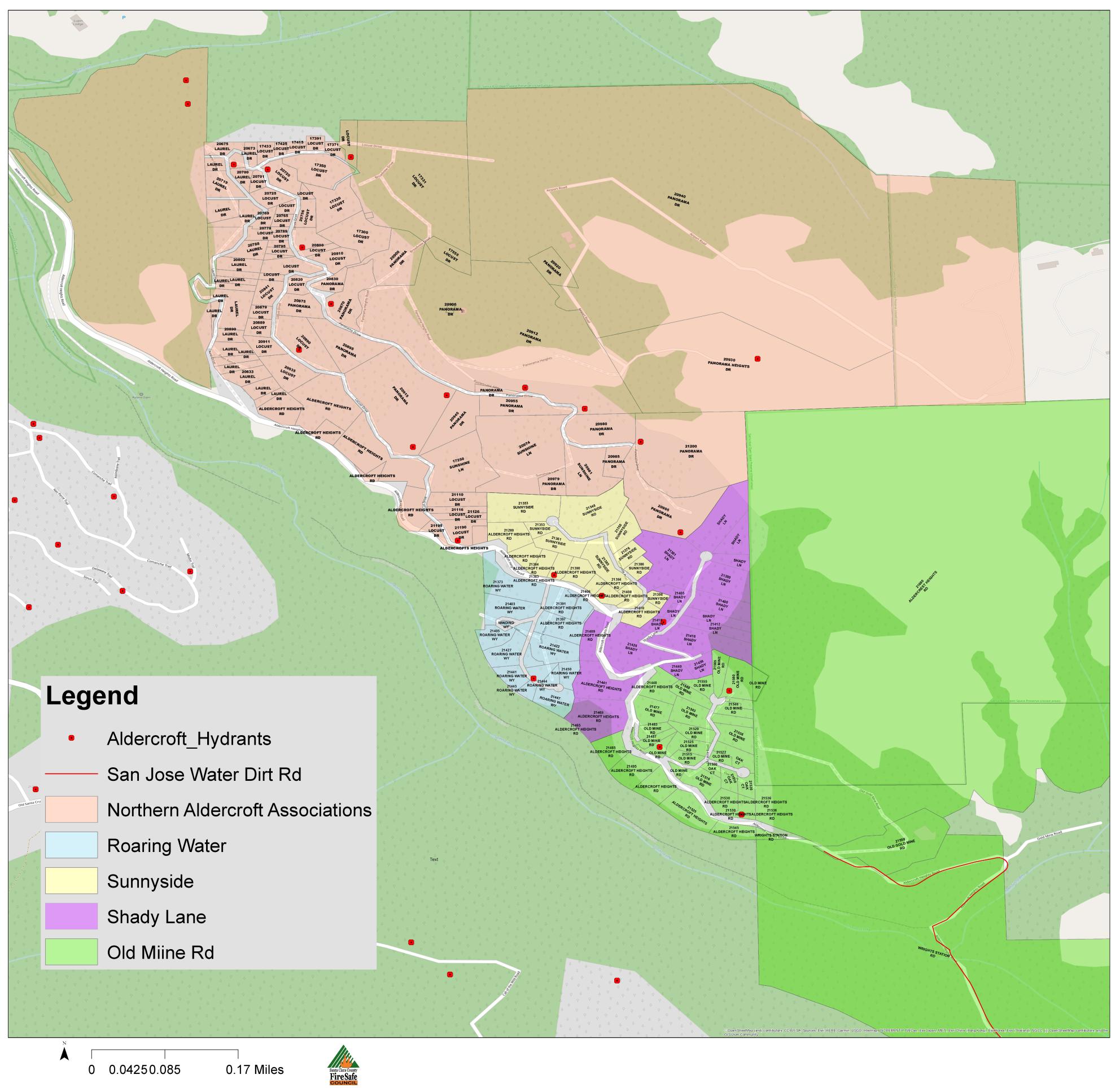 The Santa Clara County Wildfire Protection Plan (CWPP) had identified our “Call of the Wild” Road as a possible evacuation route in case of a fire. In 1962 and 1985, fire burned portions of this area. Current evacuation routes include Highway 17 or Summit Road. During a fire emergency, evacuation efforts become both urgent and confusing. While residents flee a fire, first responders move towards it. Having safe and marked exit routes becomes a matter of life and death.

Road systems also need attention when considering an emergency fire route. Making our “Call of the Wild” road safer during an evacuation required the installation of hundreds of reflective yellow and orange markers alongside the road to help drivers identify both the upslope and downslope. Evacuation route signage within the community also helped to steer evacuees in the right direction.

Seeking to reduce the risk of catastrophic wildfire on our land, while providing additional wildfire risk reduction benefits to the neighborhoods adjoining our watershed, meant a community-wide effort.

Preceding the event, several weeks of planning calls and site visits were held to prepare participants for “game day”.  Agency participants (including SJW) facilitated a pre-exercise coordination meeting at Miller Point, the day of the exercise to review the response plan, goals, objectives and process for participants of they days exercise. Following the meeting, CALFIRE provided a software-driven simulation of a wildfire based on current weather conditions, along with an analysis of fire behavior. The simulation served as the basis for response and start of the exercise. 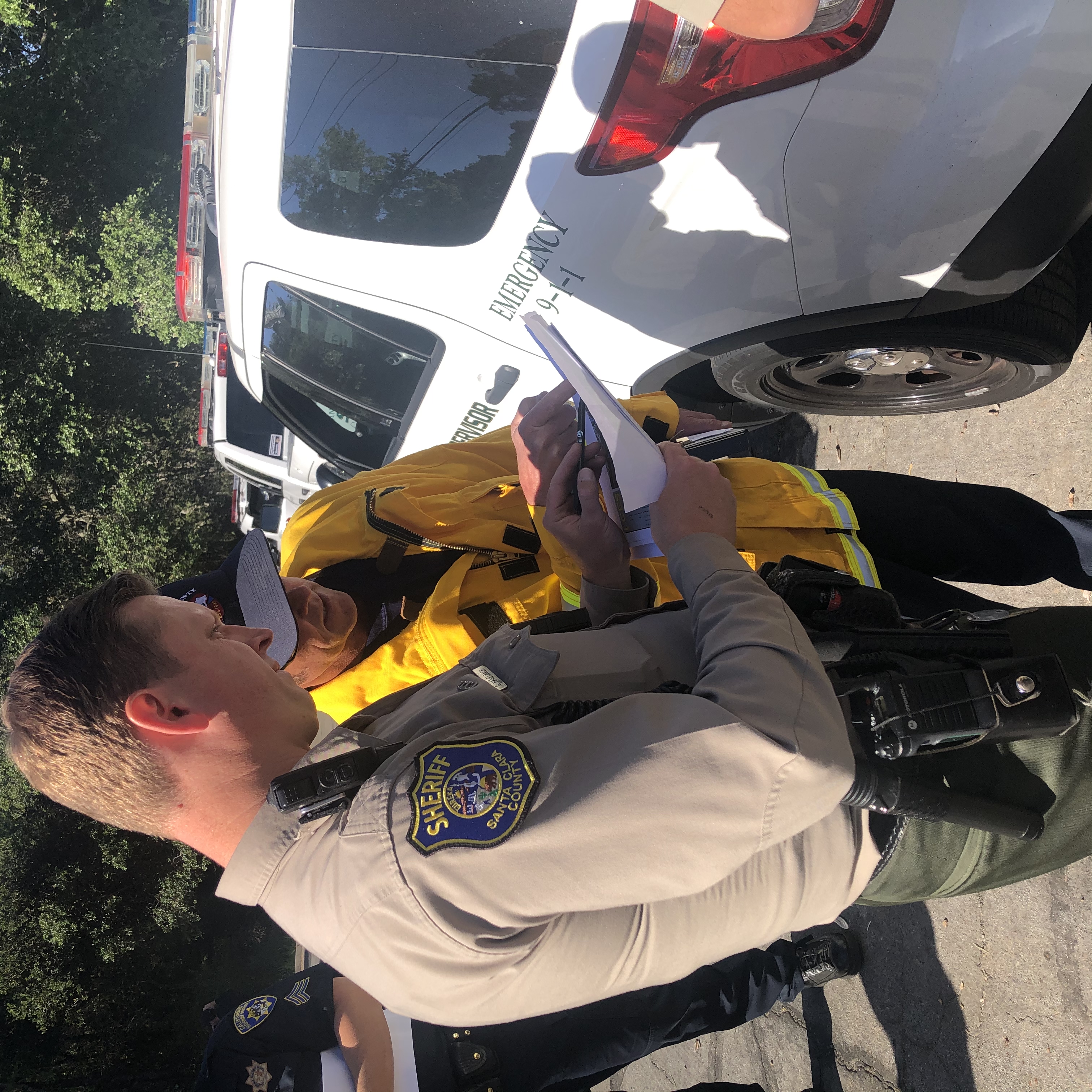 As part of the exercise, Aldercroft Heights residents received a simulated emergency evacuation notice via text and Sheriff’s office drive-by community notification. Concurrently, all participating agencies received notification and were deployed to assist with the simulated fire response and “evacuation.”

Ten Aldercroft Heights households took part in the evacuation portion, with an handful of others as passengers for additional community education. Once notified, these households proceeded to a predetermined route, which enters SJW property about 1.5 miles from North Aldercroft. Community members were then escorted by the SCC Sherriff – already staged at the SJW entrance – through the proposed emergency route. SJW staff were also part of the evacuation with SJW’s guard service and operators opening gates at either end of the route in advance of the caravan evacuation.

All community members were successfully evacuated without incident. 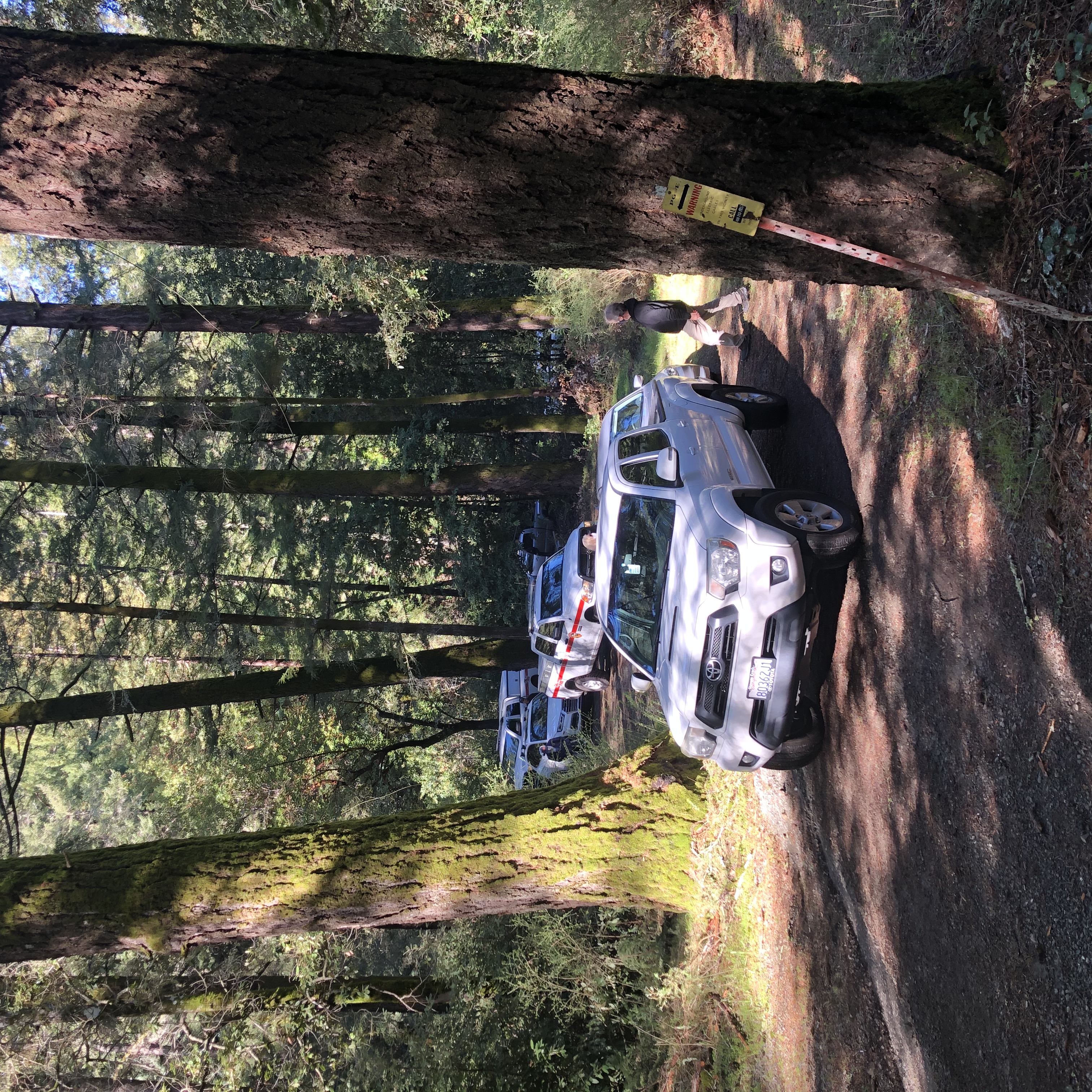 SJW staff worked closely with local fire agencies to develop the overall emergency evacuation strategy and logistics, along with providing critical support during the exercise. Staff participated in the pre-exercise coordination meetings and served as liaisons between the various agencies. SJW also conducted an independent assessment to better understand/manage potential natural resource impacts from vehicles utilizing watershed roads as an emergency route. 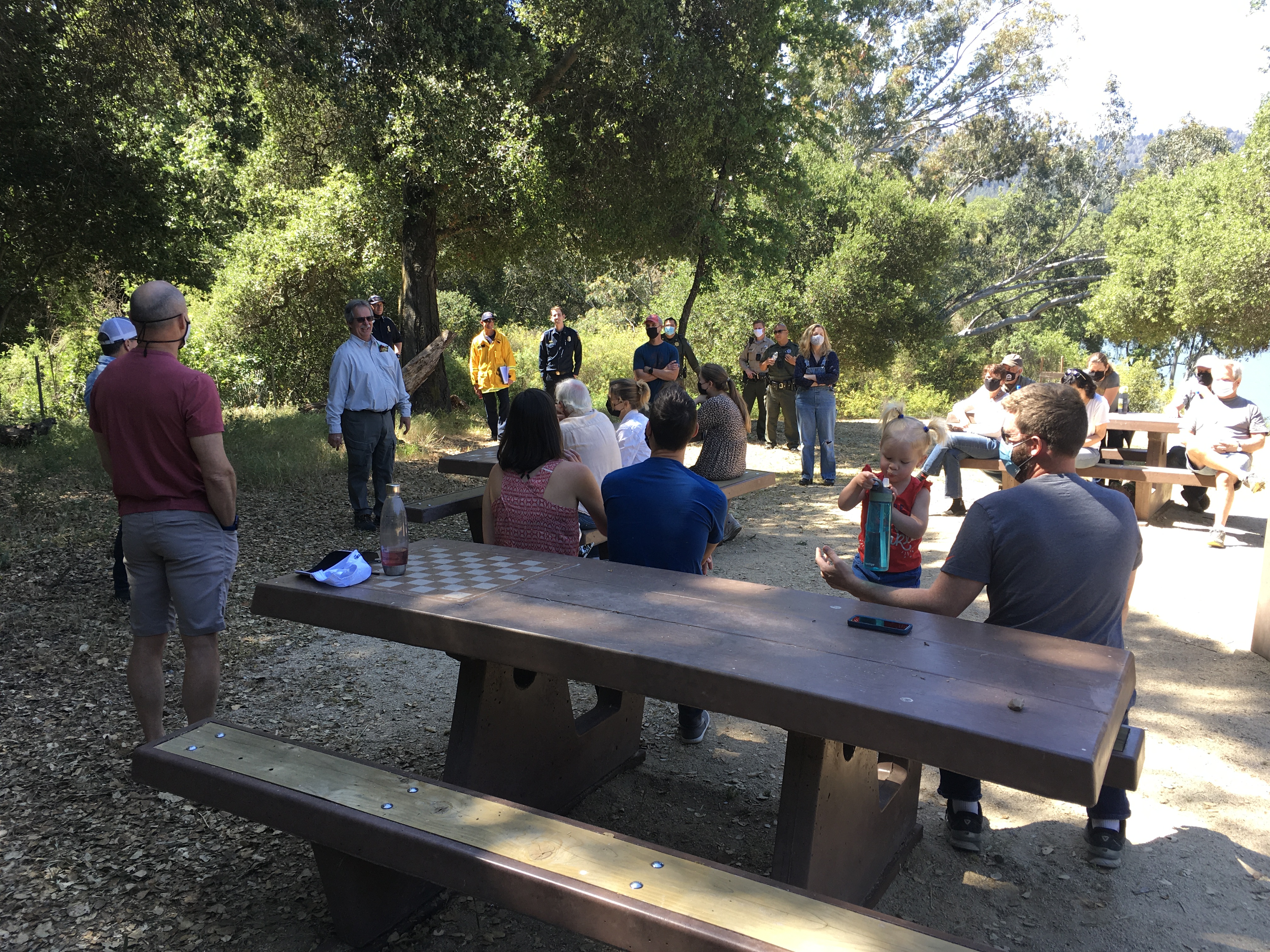 Following the exercise, SJW participated in the debrief, which was facilitated by County Fire and included a Q&A session with participants from the Aldercroft Heights Community.

The Aldercroft Heights Evacuation Exercise provided valuable lessons for the community and emergency responders. Using SJW’s Call of the Wild Road as a primary escape route for Aldercroft Heights is not viable due to the area’s road conditions and the potential fire threat in the area. But this route may be an opportunity for emergency vehicles to shorten response times in and out of the area. Other parts of Santa Clara County observed this event and are now evaluating alternative escape routes and the potential for full-scale community evacuation exercises in their community.

San Jose Water is proud to have partnered with so many agencies working to keep residents safe in an emergency. Testing escape routes, communication systems, and inter-agency training and coordination efforts is key to making our community safe.