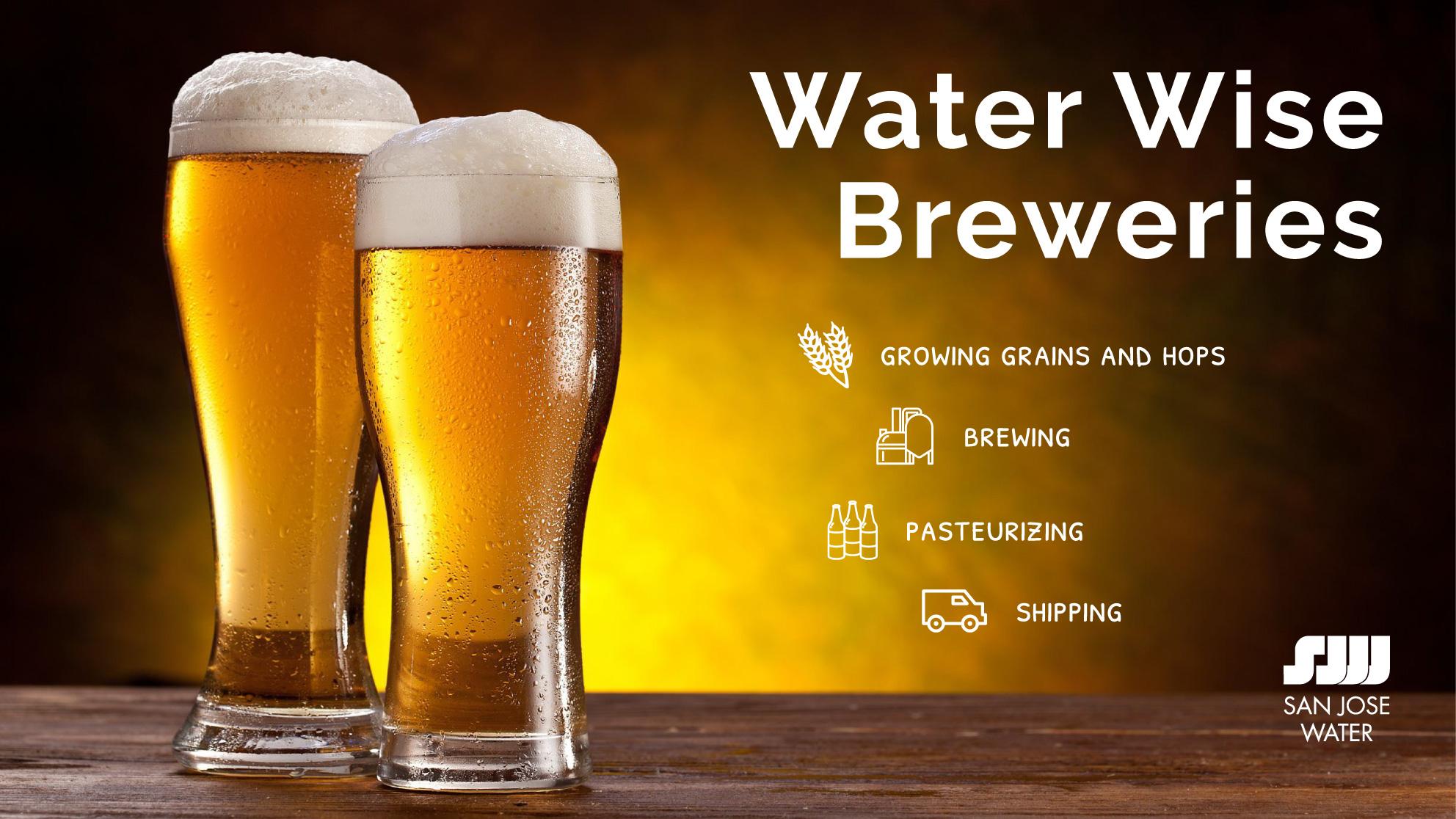 Water is everywhere. We use it daily and it’s the key ingredient in making almost everything that we use. If you are a regular reader of our blog, you know that everyday objects such as paper, gasoline, shoes, t-shirts, phones, and jeans require a surprising amount of water to manufacture. It probably doesn’t surprise you to know that making beer also requires a lot of water. For breweries, water is everything. From growing the grains and hops, to brewing, to pasteurizing, and to shipping - water is the fuel that runs the business. Did you know that it takes approximately 20 gallons of water to make just 1 pint of beer? And that’s without the water that goes into growing the ingredients. In California, even just growing the crops to make 1 gallon of craft beer requires 590 gallons of water.1

The water intensity of the beer business and water shortages in our state have presented challenges for breweries in California. Beer might be delicious, but it also requires a lot of precious water to produce. So what can local breweries in California do to conserve water? As it turns out, some are already embracing some innovative water-saving practices.

In San Diego, Stone Brewing Company has taken major steps in water conservation by investing in faucets with sensors that automatically shut off. In an even more impactful move to conserve water, they now utilize reverse osmosis units that recycle wastewater. This is similar to other breweries in California such as Bear Republic in Sonoma County who have installed wastewater systems. Stone Brewing has also experimented with producing barrels of beer from the City of San Diego’s wastewater facility in a potential trailblazing partnership. And perhaps more close to home, Half Moon Bay Brewing Company has experimented with making its “Mavericks Tunnel Vision IPA” using grey water - water that’s been treated after usage in sinks, washing machines, and showers. They do this using the same water recycling technology as NASA, and even an expert panel was unable to tell the difference.

California is now home to more breweries than any other state in the nation. As of December 2017, there were more than 900 breweries across the state with more opening all the time. Their commitment to sustainability and water conservation may change the way people drink beer and how they think about using water. We are thankful for these local water-wise breweries as we continue to do our best to provide our customers with reliable, high-quality water.