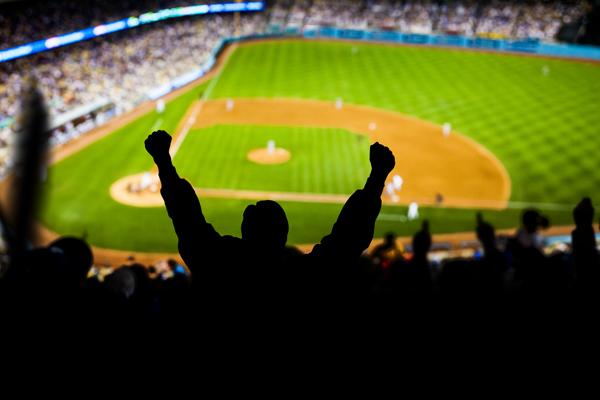 You may have heard the rumors a few years ago that sewage systems of major cities can break down because of the tremendous number of toilets being flushed simultaneously during halftime at the Super Bowl.

These rumors have been around for decades and always seem to resurface whenever there’s a big televised sporting event like a World Series game or the Super Bowl. But the rumors are overblown — and according to Snopes.com (an organization that regularly debunks Internet myths), while toilet usage during breaks in large-audience programs can be higher than average, so far it has never caused serious damage to a large municipal sewage system.

So what really happens during the big game? Check out this list of game day “potty facts” and creative ways stadiums conserve water.

How much water is really flushed during the Super Bowl?

On average, the amount of water flushed across the country during halftime is equivalent to seven minutes of water flowing over Niagara Falls (Roto-Rooter, 2016). Previous stats have shown that more toilets flush in America between the halftime whistle and the start of the third quarter than ANY other time of the year (New York Post, 2012).

Yet that shouldn’t be a concern for our sewer systems. According to the National Association of Clean Water Agencies, municipal sewage systems handle massive water usage every day. The peak time for water usage is early mornings (between 6 and 8 a.m.) as people prepare for the day, flushing toilets and taking showers.

2. Take me out to the ballgame

In any given year, roughly 70 million people attend Major League Baseball games. If you’re a fan, you know that the seventh-inning stretch is a great time to stand up, stretch out your arms and legs, head to the bathrooms and get that last beer, hot dog or box of Cracker Jack.

From its mysterious and disputed origins (one story dates to 1910, when President William Howard Taft reportedly stood up during the middle of the seventh inning to stretch his legs and everyone else followed suit), the seventh-inning stretch has evolved into a random, musical tradition for baseball fans.

More than anything, the seventh-inning stretch creates some much-needed relief from the game itself. With no game clock and 162 regular season games played in about 185 days, everyone — including the fans, coaches and players — needs a break. And today’s games are getting longer.

According to MLB.com, the average time for a nine-inning game in the 1970s was around 2 hours and 30 minutes. During the 2000s, that time increased by a full 20 minutes. Yet during that time, actual baseball happens for only 18 minutes.

Ever arrive at the baseball stadium early and stand in awe of the perfectly mown grass? Lush green playing fields with elaborate checkerboard, diamond and argyle patterns are part of baseball’s storied attraction.

But how do they create these patterns in a baseball field? You can easily duplicate these designs on your own lawn through a process called lawn striping, using only a lawn mower and roller. Whatever pattern you create is revealed by light shining off the bent grass. For example, a checkerboard design is created by first passing over the grass in side-by-side rows, first going one way (north to south), then making intersecting lines the other way (east to west). Light green stripes are caused by sun reflecting off the entire blade of grass, while the darker green stripes reflect only off the tips of the blades.

4. The real heroes of the game

What do you do if you’re a groundskeeper during a drought? Few things are more essential to sports venues than water. An NFL football field is 57,600 square feet and needs approximately 36,000 gallons of water for just one inch of water to be applied to the entire field. That’s the equivalent water usage of 26 families (of four) for a full week. And don’t forget all the water required for drinking, cleaning, landscaping and even uniform laundering.

All around California, ballparks have been trying to find ways new and creative ways to save water. It’s a tough balance between trying to conserve water during droughts and using just enough water to keep the grass green, as well as having a playable surface that’s soft enough to keep players safe from injury.

To conserve water in San Francisco, the Giants staff only pressure-washes seats and stands every other game. That means cleaning crews walk through the stands before games with spray bottles and hand towels to wipe down where needed. Giant video boards ask fans to help conserve water. If you don’t want gooey nacho cheese and sticky soda spills, you may have to pitch in. Fans can help crews out by cleaning up their own food and beverage messes and throwing it out in marked trash and recycling containers.

Some of the tactics that work at a stadium can also work for a home or business’s water conservation efforts.

For example, at the Levi’s Stadium in Santa Clara, recycled water is used for the plumbing system and to irrigate the grass. Not only do they use recycled water to meet 85% of the stadium’s water needs, the 49ers were the first NFL team to be LEED Gold Certified. At Petco Park in San Diego, the Padres have shut down all water behind the home plate gate and replaced exterior landscaping with drought-tolerant plants and materials. The San Jose Giants use recycled water at their stadium for a picture-perfect field.

Other venues have installed off-the-shelf products like low-flush toilets and sensor-activated faucets to save millions of gallons during a season.

Next weekend, armed with new knowledge, root for your favorite team, knowing what it takes to get that amazing grass green.