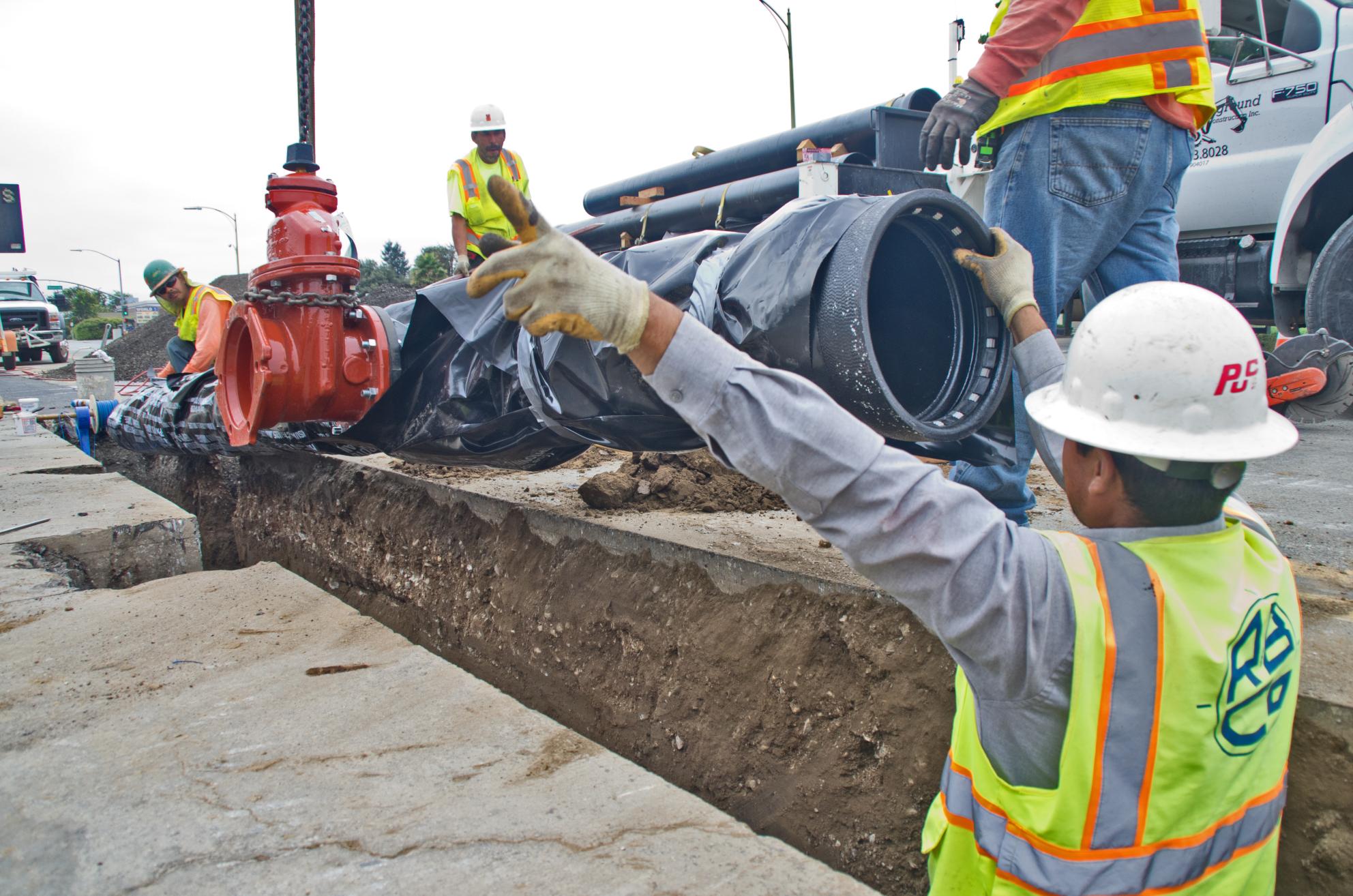 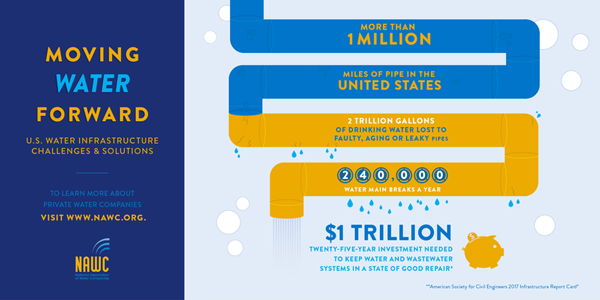 The American Society of Civil Engineers (ASCE) has published the 2017 edition of its report card evaluating American infrastructure. America’s water infrastructure received an overall grade of D+ and its drinking water system received a D.

Here’s what you need to know about what ASCE found regarding the nation’s water infrastructure:

1. Age: Not just a number for pipes

Delivering drinking water is the work of roughly one million miles of pipes across the country. Many of those pipes were laid in the early to mid-20th century, with an expected lifespan of 75 to 100 years — that means many are at or nearing their end of life.

San Jose Water (SJW) has adopted a proactive approach toward maintaining and improving our water system. SJW replaces 25 miles of piping each year.

2.If it keeps breaking, fix it — for the long term

There are an estimated 240,000 water main breaks per year in the United States, wasting more than 2 trillion gallons of drinking water. This is a result of pipes that have either aged out of reliable use and need replacement or more expensive fixes than governments are willing to pay for. The American Water Works Association estimates $1 trillion is needed to maintain and expand drinking water service to meet demands over the next 25 years. It’s a hefty bill, but the cost of waiting is adding up, as leaky, aging pipes waste between 14% and 18% of each day’s treated water. That adds up to enough water lost to support 15 million households.

SJW works very hard to minimize and quickly respond to leaks. Through very proactive water main replacement and leak repair programs, our water loss consistently averages about 7%, an incredible accomplishment considering the size and age of our water system.

Running one of the most technologically advanced water utilities means keeping up with the latest advancements. SJW is embracing leak detection technology that will help identify and locate leaks in our water system. This will allow us to respond to leaks more quickly which saves water, prevents property damage and service interruptions, and avoids catastrophic water main breaks.

From 2009 to 2014, state and local governments cut drinking water and wastewater spending by 22%. A portion of water customers’ payments fund infrastructure improvements across the nation.

In our service area, approximately 21 cents for every dollar from your water rates goes toward water infrastructure improvements. Some of our current projects include water main replacements, storage tank upgrades and improvements to the Montevina Water Treatment Plant. These investments are necessary to maintain and improve an aging water system to ensure water quality.

The Environmental Protection Agency provides funding for states, which the states match 20%. However, needs far surpass the program’s budget, even with $32.5 billion of low-interest loans having been allocated. The federal government has made further strides in recent years, including the Water Infrastructure Finance and Innovation Act’s (WIFIA) $20 million infusion in 2014, which boosted primarily large water infrastructure projects. In 2016, Congress put $17 million toward the program. A single dollar put into WIFIA can create $50 for project lending, bringing America closer to the funding needed to bring our water infrastructure up to par.

4. Our infrastructure is hurting, but our water remains — mostly — clean

Despite high-profile problems like those in Flint, Mich., drinking water in the United States on the whole remains the safest in the world, according to the report card.

SJW staff collects over 100 water samples every week throughout its service area, and samples are analyzed by a state-certified laboratory for up to 200 possible contaminants. Our water meets or surpasses federal and state drinking water quality standards.

You can read the full report at http://www.infrastructurereportcard.org/. SJW is dedicated to growing and improving water infrastructure in our region. Investing in America’s clean water future is an ongoing nationwide effort.